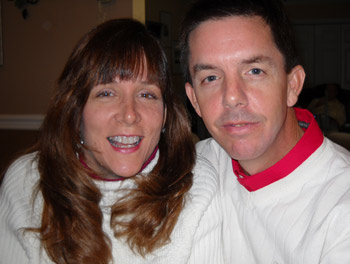 Marci Boone leads an inspiring and fulfilling life. A successful entrepreneur, Boone started her own business six years ago. She is happily married to her best friend and is often found catching up with friends, trying a new recipe, or watching the latest horror flick. And she does all these things from her wheelchair.

Nearly 26 years ago, Boone was the passenger in a car accident that left her paralyzed from her upper chest down. At the time, she was in her second year of college and planning to pursue a career in interior design following graduation. She spent the next two years in rehabilitation and then sitting at home, contemplating her unrealised dreams.

It was only after a friend persuaded her to go to the movie theatre one evening that Boone decided it was time to start setting new goals for herself. “[My friend] convinced me that if we went late and sat in the back of the theatre that it would be okay,” remembered Boone. “It was a small step, but it was after that experience that I realised I could still enjoy life from my wheelchair.”

Boone went back to school and became a counsellor for people with disabilities, leading a support group for women and visiting young people in nursing homes. It was during this time that Boone met her husband, Ben, a fellow counsellor. “I tried to run him off because I was scared to death and it was difficult to trust someone,” said Boone. But she gave him a chance and they were later married in a big wedding celebration, complete with a white gown fitted to her wheelchair.

After 13 years as a counsellor, Boone decided it was time for a new challenge and set up her business, Teleremind, which provides an appointment reminder service for doctors, dentists, and hair salons. She is able to do all this from her wheelchair, thanks to her customised computer equipment. Unfortunately, her computer broke earlier this year and without it she could not continue to run her business.

Boone received a $1,600 grant from the Travis Roy Foundation for a new computer. “It is amazing that people take the time to give to a cause that really, truly changes someone’s life,” said Boone. “I do not make a great deal of money through my business, but it’s mine. I could not afford a new computer with my income and so the grant from the Travis Roy Foundation really did change my life.”