It was from Travis Roy telling her the Generals had been accepted to play this summer in the annual Wiffle ball tournament he hosts in Essex, Vermont. Teams are asked to raise between $5,000-$10,000 with all the money going to the Travis Roy Foundation to help people living with spinal cord injuries through equipment and research.

Roy was a freshman hockey player at Boston University when he crashed into the boards, and tragically was paralyzed. He wrote the book “Eleven Seconds” which was how long he had been on the ice in his first college game when it happened. 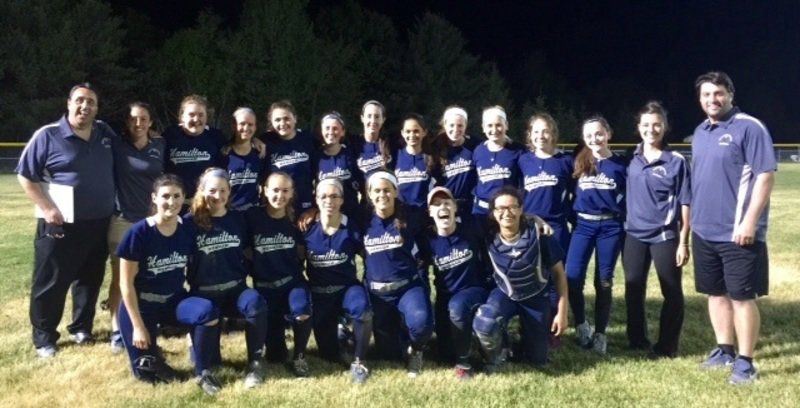 COURTESY PHOTO The Hamilton-Wenham softball team, which is the first girls team to be invited to play in the Wiffle ball tourney for the Travis Roy Foundation.

“We are the first girls team ever invited to participate, and I was so excited to get the call because after we applied Travis said he would get back to me by February or March if we got in,” said Palmieri, a former Peabody High and Merrimack College star. “When I didn’t hear from him I figured there weren’t any spots open because no teams had dropped out.

“We’ve been fundraising for a while, and still have two car wash dates set up. We’ll do canning, and sell softball gear. After that one more big fundraiser, maybe a comedy show in June, should put us over the top. We’ve been able to raise around $2,000 already, and should make the required $5,000, which is the figure most new teams reach.”

Roy told Palmieri he thinks it’s great the girls will play and would like to see more females get involved. The tournament runs from August 11 through the 13th at Little Fenway, a replica of Boston’s Fenway Park that even features a Green Monster. The event will be open to the public free of charge. The fun weekend includes a silent auction, raffles, food vendors, and entertainment for the kids as well as a home run derby.

Parents and players are on board with the fundraising projects and thrilled to be chosen. Within the next two weeks a team name will be picked for the tournament.