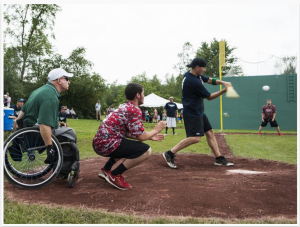 For the second time in three years, the funds raised at the three-day backyard tourney went past the half-million dollar mark for the foundation that is named after the former Boston University hockey player who suffered a severe spinal cord injury 20 years ago this October.