The focal point and strategy of Travis Roy’s 20-year fight to find and fund a cure for the victims of catastrophic spinal cord injuries, like the one that canceled his hockey career at Boston University, has evolved. But his confidence and compete level have not waned.

“I just want to provide that immediate relief, immediate increase of independence, but still our long-term goal is research. We’re funding four different researchers,” Roy said in a phone interview Thursday. “We’re small — I realize that — but we’re absolutely a piece of the puzzle; the researchers are anxious to get our money.” 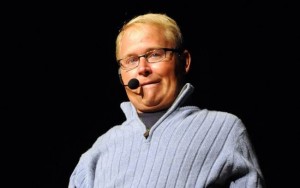 The Travis Roy Foundation raised $2 million last year, half of those funds going toward research and half toward quality-of-life grants for adaptive equipment.

On Saturday, Roy will present the trophy after the 20th Travis Roy Cup game between Tabor Academy and St. Sebastian’s School at 2:30 p.m. in Marion. While there is obvious historic significance to a round number, Roy simply relishes the opportunity to enjoy the hockey itself.

“Looking forward to it,” he said. “I know Tabor’s got a few fun kids that are committed (to Division I colleges).”

Several other Seawolves will play college hockey at Division II and III schools, including Bret Dineen (Middlebury), Mike Simon and Bobby Stickles. Chris Muther of Marion, Alex Cabana of Sandwich and Adam McClay of Yarmouth add to the homegrown feel.

“A lot of local flavor on this roster, and one of the better teams I’ve had,” said Tabor head coach Gerry Dineen at the start of the campaign.

Two decades removed from Roy’s ordeal, the class of 2016 cannot possibly understand the man in that wheelchair that will roll onto the ice Saturday, the enormity of potential, and the sorrow that swept the region’s hockey community when it was stolen.

Roy, himself, doesn’t quite relate the same way he once did, even in the face of light he had hoped so long to see at the end of the tunnel.

“For me, at this point — 20 years ago it wouldn’t have been good enough. I wanted to walk again, I wanted to play hockey. But my perspective has changed,” he said. “I think there’s a strong chance I’ll be functionally independent again in my life.”

What was for years an open-ended hope has finally achieved a realistic optimism for a cure.

“I think it’s still 15-20 years away, but there’s critical work now being done in labs that will be part of the answer,” said Roy. “These cures will not be perfect, but that’s independence.

He hopes for more than that for Marblehead native Denna Laing, who sustained a severe spinal-cord injury during the Women’s Classic held New Year’s Eve at Gillette Stadium. Despite his expertise, Roy remembers the process and has kept a respectful distance.

“For me to roll in there it’s awkward, it makes it too real,” said Roy, who was at Gillette Stadium but did not get word of the severity of Laing’s injury for a couple of days. “Denna’s in a month or so where you … start a little rehab. … It’s not wise for the family for me to rush in there or be there early on.”

Laing will benefit from the Charity Beanpot Challenge, to be held Monday at Agganis Arena prior to the consolation and championship games across town at TD Garden.

The Charity Beanpot Challenge, which annually raises money for the Travis Roy Foundation and the Mark Bavis Leadership Foundation, will earmark $50,000 for Laing’s home modifications, including a special shower chair and a voice-activated computer. As of Thursday afternoon, $123,518 of the event’s $225,000 goal had been raised by the event participants.

The unsurprising manner in which the hockey community has rallied around the Boston Pride winger has brought back vivid memories of Roy’s ordeal.

“I’ll be honest, it’s personal for me. It’s the same for Matt Brown, Tom Smith … it’s the game of hockey that we really love and it’s hard to know exactly what they’re going through,” said Roy, who remembers well his first few days breathing with help from a ventilator, followed by the devastation of the parents and family, then the avalanche of community support.

“Then there’s nothing,” he said. “Then the learning curve is so steep.”

In the months that followed, Roy learned about his paralyzed body’s new propensity for pneumonia, pressure sores and other new problems, like not being able to eat normally or not being able to talk while on a ventilator.

“I hate it, I hate paralysis,” said Roy. “Thank God that acute phase (does not last long).”

The fight continues in venues large and small. There is no admission to Saturday’s game at Tabor, but donations will be accepted.